Often we're asked where we'll head to first when we hit the road. Originally we'd thought about going to the West Coast to catch the end of the white-baiting season. And then spend a few weeks meandering down the coast to Lake Aviemore.
Bernie has stayed at Lake Aviemore before and thinks it's a great area. Plus we met a couple last year in Blenheim who have stayed at Lake Aviemore. They said you can stake out an area near the lake and for a few hundred dollars, keep this area as your spot between the months October through to May.

When we sat down with a map in front of us to figure out where we'd go first, we decided to avoid the West Coast during spring as that's the season known for high rainfall. Instead we thought we'd spend a couple of nights in Murchison, then a few nights at Reefton. I'm keen to see Little Biddy of Buller's gravesite after doing an article on her. Also there's an old gold mining town not far from Reefton that we'd like to explore, Waiuta. Then we will go to Lake Brunner before heading over Arthurs Pass to Canterbury. 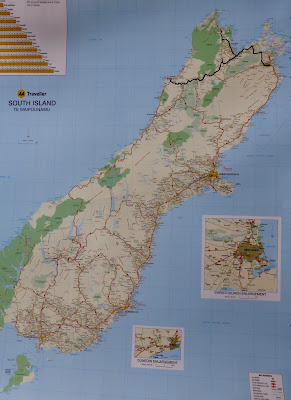 If all goes to plan we should be parked at Lake Aviemore sometime in November, which is when the lupins will be in flower! I've been looking forward to seeing them and photographing them for years.

Westport threw a stunning winter's day, so late afternoon we drove to Cape Foulwind to walk to the lighthouse.

We parked at Cape Foulwind's carpark which gives fabulous views of the prominent Cape Foulwind headland and the wild Tasman Sea below. 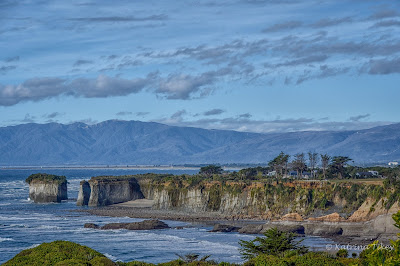 Cape Foulwind got its name from James Cook in 1770 after his ship Endeavour was blown off shore. Previously it was named 'Rocky Cape' by Abel Tasman who was the first European to visit in 1642.

In 1874 Cape Foulwind was considered as a site for a lighthouse and two years later in 1876 the light was first lit. 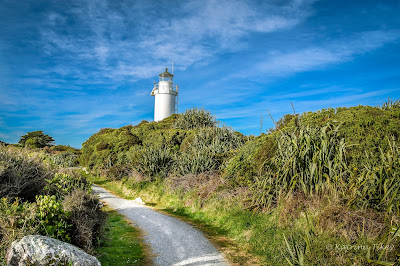 The original tower was built of rimu but over time began to rot. A new concrete tower was built in the mid 1920s and was lit for the first time in 1926. The original light in the new tower was an automatic acetone powered  light. It was very efficient and only needed refuelling twice a year. Due to its automatic operation the final lighthouse keeper left in 1926. Then in the 1950s the acetone light was changed to electricity which simplified maintenance even more.

Now the lighthouse beacon is LED and is mounted on the balcony. It is powered from battery banks which are charged by solar panels. 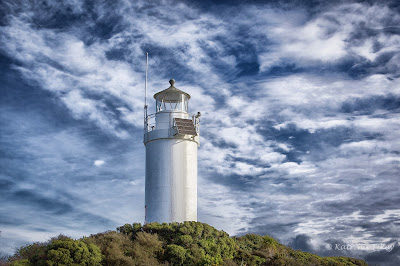 The track is one way and ends at the Tauranga Bay seal colony view point and continues on for a short distance to Tauranga Bay carpark. The seal colony is home to New Zealand fur seal/kekeno and can be seen all year round. The number of seals will change depending on the season. November to January is the breeding season, which is the busiest time of the year.

Cape Foulwind walk is well marked and follows the coastline over undulating farmland.There are information panels along the way and a few stiles to aid crossing farm fences. The track beside the coastal bluffs gives panoramic views - remember to take your camera along. 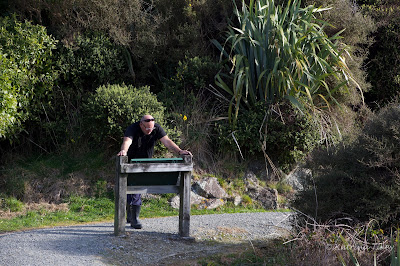 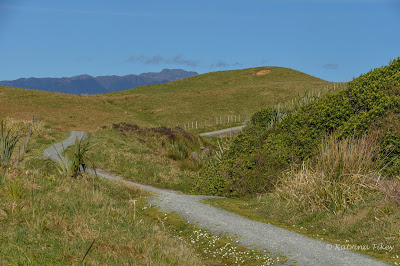 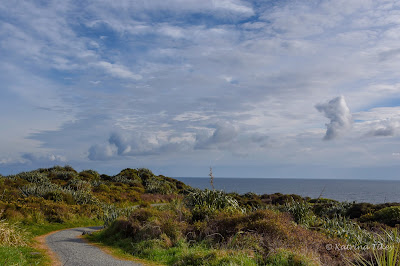 Walking is easy and the views are breath taking. Dogs are allowed on leads. 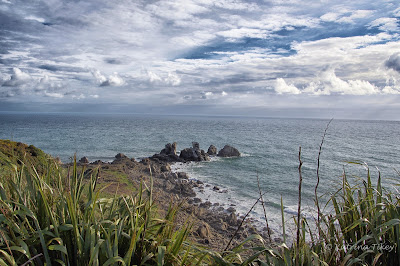 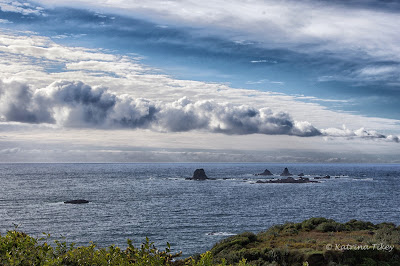 There wasn't enough time to do the whole walk but we walked to the first stile and will definitely do the entire walk next time.