Just south of Twizel, before the salmon farms is a sign with the words, 'Old Iron Bridge'. It's an historic iron bridge which was used to cross over the Ohau River. Before it was constructed people crossed the river using a wire rope and an cage. 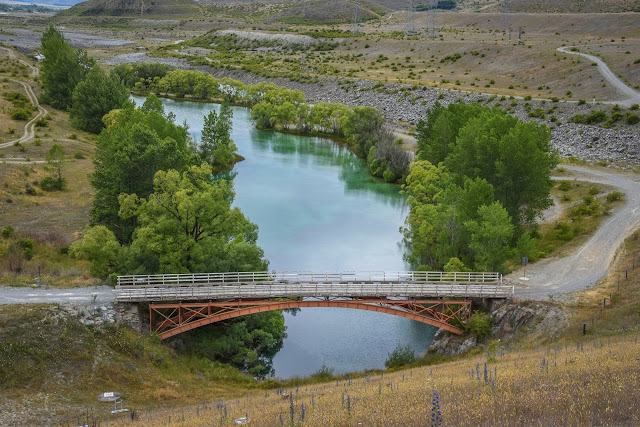 There was some concern about the bridge being built, that it may create an opportunity for rabbits to spread to other areas.
However it did go ahead, and in 1890 the bridge was completed (at a cost of 1033 pounds and 7 shillings). 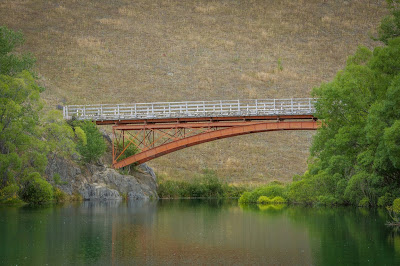 In the 1970s when the Waitaki Hydro scheme was being made and Lake Ruataniwha was formed, State Highway was realigned and the iron bridge was bypassed. A new highway was made over the Ruataniwha dam. 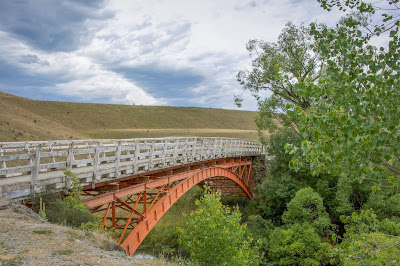 This historic iron bridge has saved many lives - as at times, crossing rivers was dangerous for early travellers. It's the only engineering structure of its type in the Mackenzie Basin and is registered by the NZ Historic Places Trust. 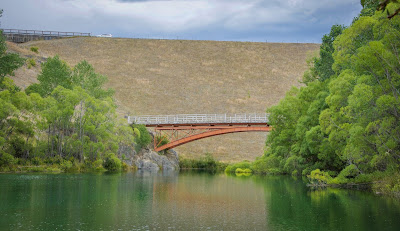 The following photos are to show how mint green the water is. I can imagine how striking it will be in autumn when the willow trees on the lake's edge turn golden. 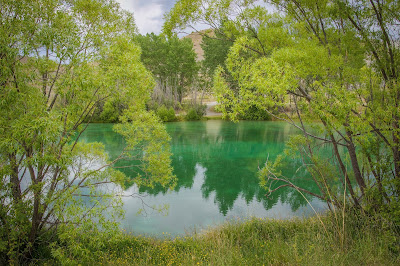 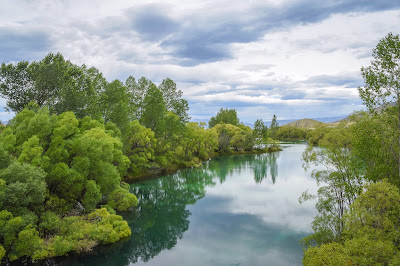 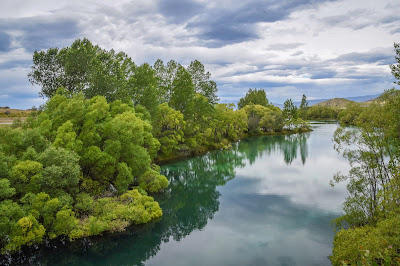 The photo below was taken standing on the iron bridge, looking out from between the wooden side rails. 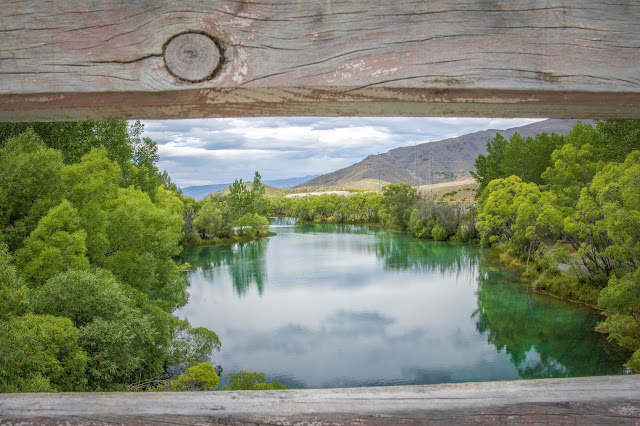 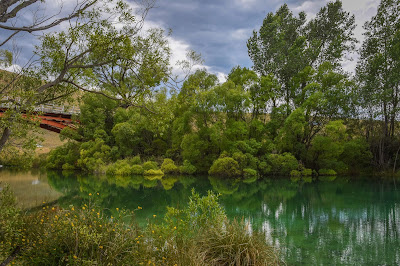 This is the information board on the side of the bridge, showing you a photo of the wire rope and cage used for crossing before the bridge was built. 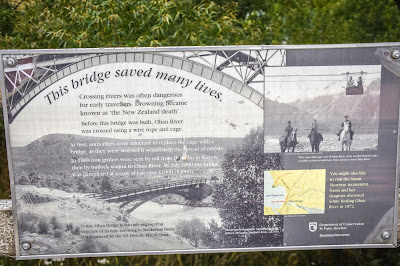 Tragically, back in the 1870s Susan Morrison and her young daughter Hannah drowned while crossing the Ohau River. There's a monument across the road from the iron bridge near the edge of Lake Ruataniwha. 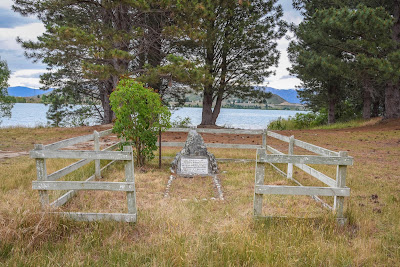 Unfortunately there weren't any flowers about that I could place on their grave. 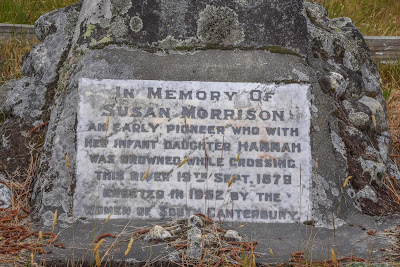 After I had paid my respects, I crossed back over the road to take one more photo - this was taken standing on the side of State Highway 8, looking down over the iron bridge.

Leave a comment - I'd love to hear from you.